The Origin of Freemasonry 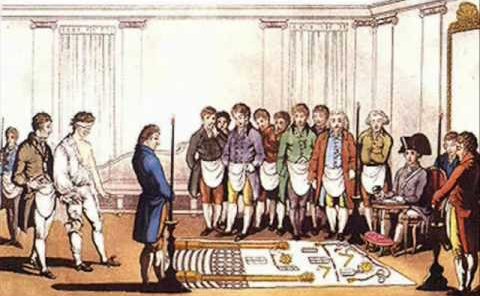 The origins and early development of Freemasonry are a matter of some debate and conjecture as there is little documentary evidence available. A poem known as the “Regius Manuscript” has been dated to approximately 1390 and is the oldest known Masonic text. There is evidence to suggest that there were Masonic Lodges in existence in Scotland as early as the late 16th century and there are clear references to the existence of Lodges in England by the mid-17th century.

The most recent research by Dr Ric Berman indicates speculative Freemasonry grew out of traditional stone masonry largely as a result of the changes in society in the 17th and early 18th centuries. Those changes were, to a significant extent, a result of the Age of Reformation and it is no co-incidence the Royal Society was founded in the same period. Indeed many prominent early members of the Royal Society were also Freemasons.

The first Grand Lodge, the Grand Lodge of England (GLE), was founded on 24 June 1717, by four existing London Lodges. This rapidly expanded into a regulatory body, which many existing English Lodges joined and which formed many new Lodges.

Since then Freemasonry has spread throughout the world with an estimated 150 Grand Lodges and 2 million Freemasons world wide.

It is believed that the originators of Freemasonry were men who wished to promote tolerance and build a better world in which men of differing opinions could peacefully co-exist and work together for the betterment of mankind.