History of the Prince Of Wales Lodge 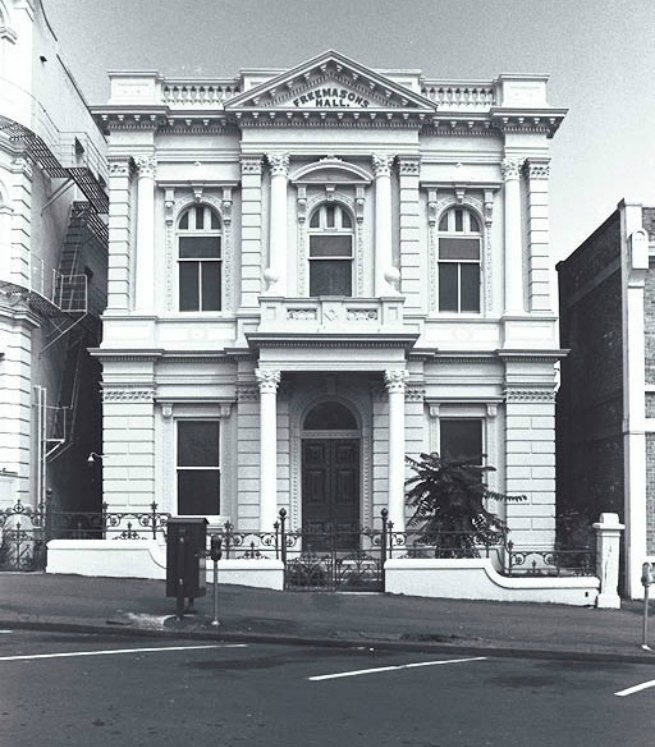 On the 18th of December 1869 nine Master Masons met in the Mason’s Hotel, Princes Street for the purpose of constituting a new lodge. Most of them were members of the Waitemata Lodge No 689, (English Constitution) and one was from the Ara Lodge 348 (Irish Constitution). The name of the lodge was to be The Prince of Wales’ Lodge of Auckland.

While there were six lodges meeting in Auckland at that time there was only one English Lodge that being the Waitemata Lodge.

The warrant to establish The Prince of Wales’ Lodge No. 1338 was drawn up in England and signed by the then Grand Master, George Frederick Samuel, Earl de Gray and Earl of Ripon, on the 7th of December 1870. Stowed in the hold in mailbags during its voyage, rats gnawed on it causing several patches that needed repairing.

The first treasurer of the Lodge, Major Charles Heaphy VC (the first VC to be won during the Maori wars), who was a skilled draughtsman, undertook the repair (which can still be seen today in the lodge).

The Prince of Wales’ Lodge, No. 1338, under the United Grand Lodge of England, was consecrated on Thursday, the 28th day of September 1871, at the Masonic Hotel, Princes Street, Auckland, by Mr J. J. Fitzgibbon, Past Master of the Waitemata Lodge, No. 689. The first Master of the Lodge was AH Diethelm.

The lodge has continued to grow in strength moving several times.

Many changes have occurred during its long history but its traditions live on through the dedication and the enthusiasm of its present members.